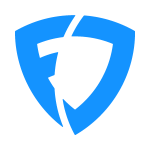 With NFL wildcard weekend upon us, the NFL player props available to us have dwindled thanks to just six games this weekend. But there is still plenty of value to be had if you take the extra time to look for it – I did this for us!

You’ll find my picks below in each section, as well as all the lines for each category of NFL player props.

All props as of January 14.

Dak Prescott has the highest passing total set for Wildcard Weekend. Prescott’s over/under for passing yards is listed at 282.5 for his game against the 49ers. He has a few quarterbacks just behind him in the 270’s, including Matthew Stafford (276.5), Patrick Mahomes (275.5), and Tom Brady (273.5). The lowest passing total of the week belongs to Jalen Hurts at 199.5.

Kyler Murray averaged 270.5 passing yards per game this season. He has gone over 253 yards in nine of 14 games this season, including both games against the Rams this season. Murray threw for 268 in their first meeting and 383 in their second.

The Rams rank 22nd against the pass and have allowed Kirk Cousins and Jimmy Garoppolo to each go over 300 passing yards against them in the last three weeks.

The Cardinals vs Rams game has the second-highest game total of wildcard weekend, which makes sense since the two teams combined for 110 points in their two matchups this season. I suspect we’ll see lots more firepower from these two offenses on Monday.

The result will be Kyler having to throw to keep Arizona in it, and he’s shown success against this Rams defense this season when taking to the air.

Elijah Mitchell has the highest rushing over/under of NFL wildcard weekend, set at 80.5 for San Francisco’s game against Dallas. Mitchell just edges out Joe Mixon, whose over/under is listed at 76.5.

If Damien Harris is unable to go Saturday, this becomes an absolute steal of a bet. But Harris is currently listed as questionable on the Patriots’ injury report, and seems to be on the right side of questionable. Even if the Patriots’ lead back does suit up, I still like this line for Rhamondre Stevenson.

The rookie ran the ball very well against the Jaguars in Week 17, going for 107 on 19 carries. He also saw plenty of work, 24 carries that he turned into 78 yards, in New England’s Week 14 matchup with the Bills thanks to Harris leaving early with an injury.

The Best Patriots vs Bills Promos, Bonuses and Odds Boosts for NFL Playoffs

Though the wind isn’t expected to be a major factor in the Patriots vs Bills wildcard matchup, as it was in Week 14, it is expected to be very cold. The weather report is calling for single digits at best all night, likely dipping below zero.

I’m suspecting we see Buffalo’s offense struggle a little with the extreme cold, allowing New England to keep pounding the ball throughout the game. Even if Harris is fully healthy, which doesn’t seem to be the case, I still like Stevenson to get enough touches to go over his 39.5 rushing total.

Cooper Kupp sits well above the field in terms of receiving over/unders for Wildcard Weekend. Kupp’s receiving yards total is set at 104.5, while the next best is Stefon Diggs’ 71.5.

Ja’Marr Chase wasn’t really a factor in Cincinnati’s 32-13 victory over the Raiders earlier this season. He only caught three balls for 32 yards, but Joe Burrow only threw for 148 in the game as well.

However, in the Bengals biggest games this season, they’ve looked to get their rookie receiver involved early and often. He’s seen at least ten targets now in five games: two games against the Ravens where he totalled 326 receiving yards, a close loss to the Packers where he posted 159 yards, a win over the Chiefs where he went off for 266 yards, and then a game where his Bengals got crushed by the Browns.

There is no way Cincinnati comes into this playoff game without plenty of plans to get the ball in Chase’s hands. When they target him, it pays off.

Though he has only gone over 69 yards in eight of 17 games, Week 18 shouldn’t really count, Chase is averaging 85.6 receiving yards per game this season, and has hit the over in three of his last four where he has played more than five snaps.

Here’s who I like to find the endzone and why: