Successful Both Teams To Score backers have targeted League 1 this season where 54% of matches see that bet land, the highest share across the top four divisions.

So, this week that’s where I am heading for a pair of goal angles…

WIGAN AND SUNDERLAND SHOULD SERVE UP GOALS

League 1’s promotion race always looked like it was going to be stacked with big clubs as we approached the last couple of furlongs, and that’s certainly the case with six former Premier League sides occupying places in the top half.

Two of those, Wigan Athletic and Sunderland, meet this weekend and it has the makings of a terrific contest.

In pole position to grab one of the two automatic promotion spots they attack with levels of speed and panache that are regularly too much for opponents to handle.

Spearheaded by Will Keane (15 goals), in-form Callum Lang (12) and left foot rocket shot specialist James McClean (7) they are side with firepower aplenty.

Wigan have scored in every home match and overall in 2021-22 they average 1.81 goals a game, which is second only to title rivals Rotherham United.

Leam Richardson’s side are scoring goals for fun right now

However, infallible they are not.

While Wigan’s defence is decent enough, they do have a penchant for leaking the odd goal or two.

Richardson’s men have only kept five clean sheets in 15 home matches and across their last eight games, home and away, just 25 per cent have yielded shutouts. It is little wonder then that the Latics lead the BTTS table, with that gamble landing in 20 of their 31 contests to date.

Alex Neil has just taken the reins at Sunderland and frustratingly for the Scot, he’s not experienced a now-to-be-expected new manager bounce.

Draws against AFC Wimbledon and Burton Albion, coupled with a home loss to MK Dons (with BTTS paying out in all three) mean they are now clinging on for dear life to a play-off spot.

Wins are what Neil and the Black Cats need, so I anticipate a front-footed approach at the DW Stadium.

That’s what they do best regardless, scoring in 76.4% of away matches.

With just two clean sheets from 17 road trips this term, a pitiful record, Sunderland definitely can’t afford to rely on a sturdy rearguard against a side of Wigan’s class and confidence.

Centre forward Ross Stewart is the division’s leading marksman on 20 goals and supporting him is on-song attacking midfielder Alex Pritchard, who has been curling free-kicks into top corners as a matter of course.

Sunderland do have the quality in forward areas, and plenty of incentive, to get themselves on the scoresheet in this fixture.

While Over 2.5 goals is on offer at pretty attractive price of 2.06 with Matchbook it will come as no surprise to learn that my selection here is BTTS YES. That comes in 1.89.

I don’t think it be like the Wild West, but I do expect attacking intent to be on show from both Wigan Athletic and Sunderland.

EXPECTING A FUN VARSITY CLASH AT THE KASSAM

They’ve scored 61 goals this term, the most of anyone and their last three home games have all ended 3-2.

Karl Robinson believes in adventure and therefore his side are regularly involved in ding-dong attacking affairs.

University rivals Cambridge United visit them this Saturday, and while their head coach Mark Bonner is far more pragmatic in a tactical sense, it would be wrong to presume they will set up ultra-defensively.

Newcastle United’s FA Cup conquerors have only failed to score in three of 16 away matches, netting at promotion-chasing Rotherham United, MK Dons, Plymouth and Portsmouth. 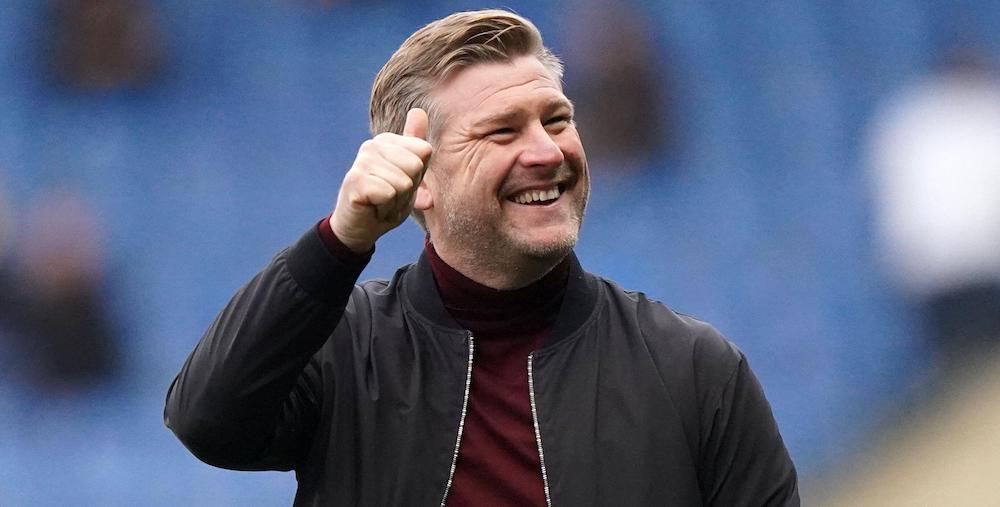 Karl Robinson’s Oxford side will as ever will look to play on the front foot in this one!

The U’s will fancy their chances of continuing that pattern at the Kassam Stadium too, as for all their class in forward areas, Oxford always offer up opportunities to score against them.

This is why their home games are ranked most likely for Both Teams To Score, with 71% of Oxford’s Kassam Stadium fixtures ending with each team finding the back of the net.

Suffering just two blanks in 17 on their own turf you’d expect them to score here, but there is significantly less certainty around their ability to keep a clean sheet.

Mid-table Cambridge are getting to the stage of the season where they can start to relax, safe in the knowledge their League 1 status is assured, so hopefully they will approach this one with a really positive attitude. That’s all that Oxford really know under Robinson.

Watch Adrian On This Week’s Edition Of Our Football Betting Podcast:

The post Adrian Clarke – Both Teams To Score Angles In League 1 appeared first on Matchbook Insights.