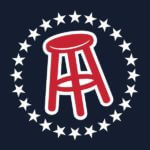 Towson (17-7, 8-3 Colonial) is an 18.5-point home favorite over William & Mary in a Colonial Athletic Association game at 5pm ET Thursday on the CBS Sports Network. The Tigers had won eight of nine before an upset loss at Northeastern the last time out.

Odds from BetMGM on Feb. 9.

Towson is not currently factored into the Final Four odds, but has climbed to 89th in adjusted efficiency at KenPom, 98th at Torvik, and 87th in the NET rankings. Oddsmakers may not be able to ignore them for too much longer.

Tigers, Tribe in a Rematch

The first meeting was a mismatch, when Towson posted its most lopsided CAA victory of the season, 91-68 in Williamsburg, Va., on Jan. 17. The Tigers scored the first nine points and never trailed, expanding their leads to 32-16, with seven minutes remaining in the first half.

Distance shooter 6’1 James Gibson led five double-figure scorers with 22 points and made 6 of 11 threes as the Tigers shot 54.8 percent from the floor and made 11 of 25 three-point attempts, 44 percent.

Gibson’s inclusion in the starting lineup has coincided with the Tigers’ recent run. They are 8-3 since Gibson took over as the primary point guard and 6’5 Cam Holden moved to off guard/small forward.

UT-Martin transfer Holden leads the Tigers in scoring (14.4) and rebounding (8.1), with 2.7 assists and 1.8 steals. Holden leads the CAA with eight double-doubles this winter, which is tied for 29th in Division. He has worn a face mask for seven weeks after suffering a broken nose against Navy.

Wing 6’4 Nicolas Timberlake (14.0) is Towson’s other double-figure scorer. Timberlake and Gibson are averaging two made threes per game.

The Strange Year of William, Mary

William & Mary has had a unique season, split almost evenly in the middle. The Tribe lost their first six games and 12 of their first 13 before opening CAA play with two straight upset wins and a share of the conference lead, although they have leveled off since.

The Tribe’s ATS splits are even more striking. They were 0-12 ATS in their first 13, the only victory coming at home against Division III Mary Baldwin. Since, the Tribe is 8-3 ATS, 8-1 before home losses to College of Charleston and UNC Wilmington last week.

The Tribe enters after a 92-70 home loss CAA leader UNC Wilmington, which beat Towson in Baltimore 81-77 on Jan. 22. The last two William & Mary opponents have shot 57 percent from the floor.

Brandon Carroll drives to the rim for an underhanded finish!

Year of the Tiger

Towson is off to its best start since joining Division I in 1979-80 after being picked to finish eighth in the CAA in a preseason poll of league coaches and media.

The Tigers’ 5-1 start in the CAA was their best since joining the league in 2001, although they enter the William & Mary rematch off a 58-53 loss at Northeastern, when the Huskies’ broke a 12-game losing streak with their first league victory over the season.

William & Mary is 6-4 straight up and 5-5 ATS since the 2017-18 season, when the Tribe beat Towson 80-66 in the quarterfinals of the CAA tournament after losing and failing to cover both regular-season meetings.

The Tribe has won and covered the last two at Towson and a 4-2 straight up and 5-1 ATS in the last six.

Towson is the better team in about all areas, but the Tribe has the revenge factor working here, and its success against the number is nothing to sneeze at. The Tribe are 6-1 ATS in the CAA when facing a spread of 9.5 points or more, failing to cover only as a 10.5-point dog in the first meeting with Towson.